About The 20-Hour Broth In Irvine’s Marufuku Ramen Restaurant

About The 20-Hour Broth In Irvine’s Marufuku Ramen Restaurant 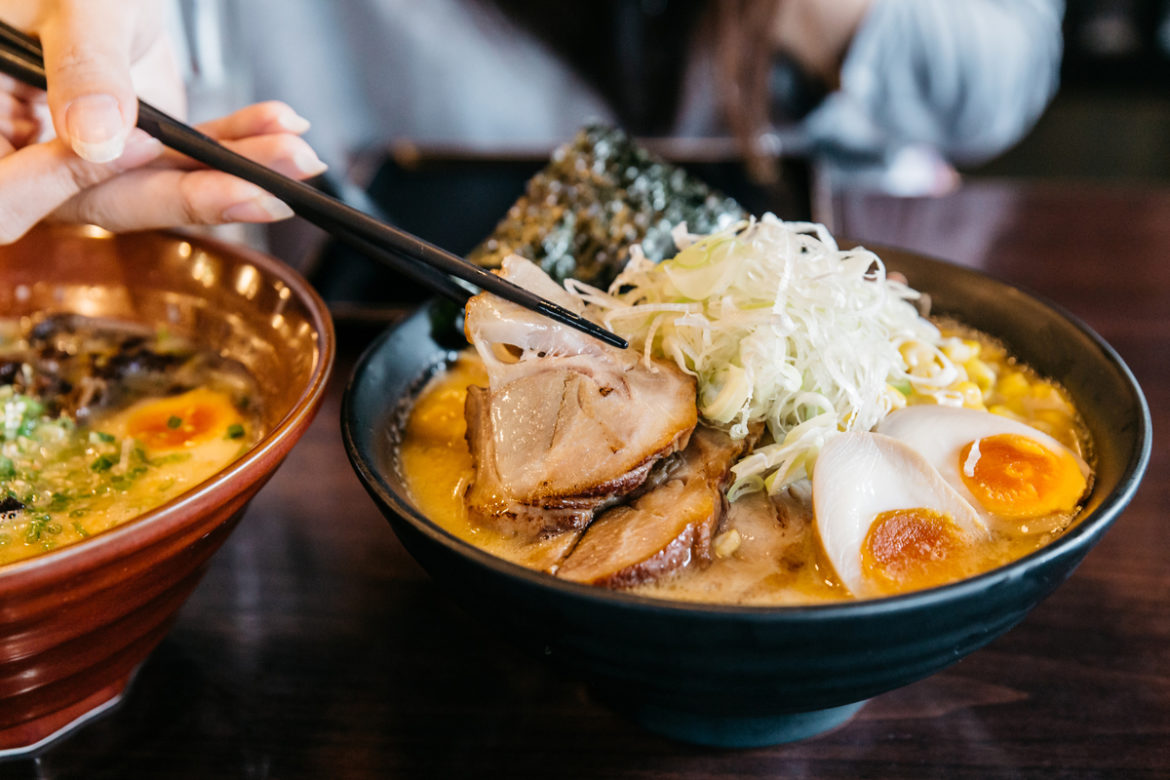 Marufuku Ramen is a popular Japanese ramen restaurant in the San Francisco Bay Area, with a Hakata-style tonkotsu ramen broth that takes 20 hours to cook. In the recent past, it opened another location at the Los Olivos shopping center in Irvine.

Orange County may have several top-quality ramen restaurant joints, but Marufuku Ramen has an approach to tonkotsu broth’s making that is unlike those. The broth is at the center of the whole Marufuku Ramen experience.

The thoroughness in accomplishing a task at Marufuku Ramen starts with that broth instead of ending with it. Take a slurp of the dish, and then you may have a better idea about it.

The cooking time of 20 hours is the key in Marufuku Ramen’s delicious tonkotsu ramen broth. To completely bring out the umami taste, the broth-making process entails slow boiling of pork bones. That process leads to oily broth with a milky and thick umami layer.

Making your ramen spoon to be full of the said broth allows showcasing its different umami and fat layers mingling together as dark and clear layers that appear to shine with each shift. Look at it closely to discover shiny umami bubbles reflecting towards you before it disappears in a filling slurp of decadence.

Specifically chosen artisanal noodles ‘swim’ in the Hakata-style ramen broth. People who visit this restaurant can also dictate their experience, including the ramen style, protein choice, and even their noodles’ firmness.

Chicken paitan and cha shu pork are the main protein options on Marufuku Ramen’s menu. Its cha shu pork tastes delicious and feels soft in the mouth, so it offers a richer mouthfeel as well as a greater extent of fatty flavor.

Koji Kiura and Eiichi Mochizuki are the owners of this restaurant, which originally started operations in the city of San Francisco. Los Olivos Marketplace’s establishment is the fifth location of the restaurant chain, plus Southern California’s lone location.

Mochizuki said that he is proud of his team’s capability of executing the restaurant opening ceremony, even when the times are unpredictable. At the same time, Mochizuki said that they are expecting to serve Southern California’s people with their Hakata-style dish.

Quietly opened last December, the regular customers of that restaurant location have been unable to sit at a table and have the true experience of eating the dish. Now, when Orange County (OC) is in the so-called Orange Tier of California’s Blueprint for a Safer Economy, Marufuku Ramen’s location provides many outdoor seating options. At the same time, the indoor capacity of the restaurant is likely to go up if regulations ease up.

There is a patio below the many palm trees that line the shopping center. When sitting below the Marufuku Ramen patio, many customers have realized that it was their first-ever sit-down experience in over a year.

Be sure to order only the quantity of food you can consume. We say that because some customers have ordered bowls of ramen with big pork belly pieces and then wondered how to eat those completely. If you also decide to order something like that, then be prepared to feel embarrassed about having to bite off more than what you could chew. In that case, you would realize that the ramen is so tasty that it can make you forget for some time that takeout containers existed.